WHEN LAST WE LEFT Jack Kunkle, way back in Chapter Eight, he was standing guard with his partner, Florian Gibbs, outside an unmarked room, somewhere in the hospital.

We’ve stayed away from Jack and Florian until now for one very important reason. During all that time, the time in which your attention had been directed elsewhere, Jack and Florian had been doing a great big bucket of nothing. Sure, there was the occasional status update by radio, six of them to be exact, but they were nothing more than Jack checking in to let everyone know that nothing was going on, situation normal. Beyond that, it was all just a bunch of standing around.

Jack wasn’t much of a talker, so any sort of deep philosophical discussion between Jack and Florian in regard to our place in the world was out of the question. The two just stood, in silence, while nothing at all happened.

That was until something did.

Just as Jack was about to radio in another update on the lack of anything at all happening, down at the opposite end of the long hall, someone stuck their head around the corner and eyeballed Jack and Florian before taking cover again.

“That was odd,” Florian said.

Jack had no comment. Instead, he watched the corner, thinking that maybe there would be a repeat incident.

And of course, there was.

The head appeared once more. Whomever it was didn’t duck back behind the corner again. Instead, an arm and a hand joined the head out in the open. The hand held a large pistol. The stranger took a shot at Jack and Florian, missing completely, before ducking back behind cover once again.

Jack, again, had no response. Instead his head was busy working out what to do next. There were two very obvious things that needed to be done.

One, they had to find some sort of cover. He had to assume that the shooter wasn’t finished with them. Second, he’d need to radio in this update. The folks in the situation room would need to know that there was in fact a situation going on right at this very moment.

The problem he encountered however, was that he couldn’t quite decide which of the actions was the more important of the two.

On the one hand, Jack was one who always followed procedure, and procedure said that he should update Control immediately anytime a situation changes. On the other hand, he’d rather not be gunned down.

“What should we do?” Florian asked, scratching at his nose. “You think the guy will be back? I mean, that was odd right?”

“Where? Florian said. “This is an empty hallway, man. There is no cover.”

Jack had to admit that Florian had a good point. Which made his decision for him on what to do next.

“Falcon,” said a small voice in his ear bud. “This is Eagle’s Nest. We acknowledge. Over.”

Before Jack could respond, the stranger at the end of the hallway was back. But this time, he wasn’t alone. The other end of the hallway ended in a T. Meaning that were Jack or Florian to leave, and move toward the gunman, they would have the option of going either left or right. The gunman was on the right. He leaned in and popped off another quick couple of shots as a second gunman ran from the right to the left and took cover around that corner.

“Eagle’s Nest,” said Jack. “We are being fired upon. I repeat, shots fired. Over.”

Florian, in the meantime, had taken his gun, normally worn in a shoulder rig under his jacket, and fired off four rounds. Two into the right corner, and two into the left.

“We’re sitting ducks here, man,” Florian said, then fired off a couple more shots. “Like ducks on a pond, except we’re bigger and make better targets.”

“What’s your situation, Falcon,” said the voice in his ear. “Over.”

“Our situation is that we have at least two unknown assailants, armed, and we are under fire,” Jack said into his sleeve mic. “Permission to engage? Over.”

“Hold for confirmation, Falcon. Over.”

So far, Florian was doing a great job at keeping the two assailants from firing back. Any time one of their heads would so much as show a hair around their corner, Florian would fire a shot and drive them back.

“I copy, Eagle’s Nest,” Jack said. “Permission to engage? Over.”

“You have the green light, Falcon. However, do not pursue. Do not, I repeat, do not leave the Big Man unprotected. Over.”

“Copy that, Eagle’s Nest,” Jack said. “Falcon will engage. Over.”

“I go high, you go low. I’ll take right, you take left. Should be simple enough.”

The two moved quickly down the hallway, Jack in a crouch, both with weapons out. Then, moving at the same time, they each rounded their corner. On Jack’s side, no one was there.

“They must have taken off,” Jack said.

“That sounds like a small army we have heading our way,” Florian said.

Jack and Florian shared another look.

“How long has this been going on?” Florian said into his sleeve. “I’m guessing that’s what those gunshots were about earlier. Over.”

“Timing of information is not the issue here, Hawk,” said the voice in Jack’s ear. “This is the situation. Do you copy? Over.”

Florian looked at Jack and frowned.

“We copy, Eagle’s Nest,” Jack said into his sleeve. “What do you want us to do about the Big Man? We have what sounds like a small army bearing down on us. Over.”

There was silence from the ear bud for a moment or two. Jack and Florian shared another look as the pounding boots grew louder.

PREVIOUS | NEXT | ARCHIVE | BEGINNING
Are you reading The Mighty Piñata each week?

Let me know. Leave a comment. Your voice must be heard! 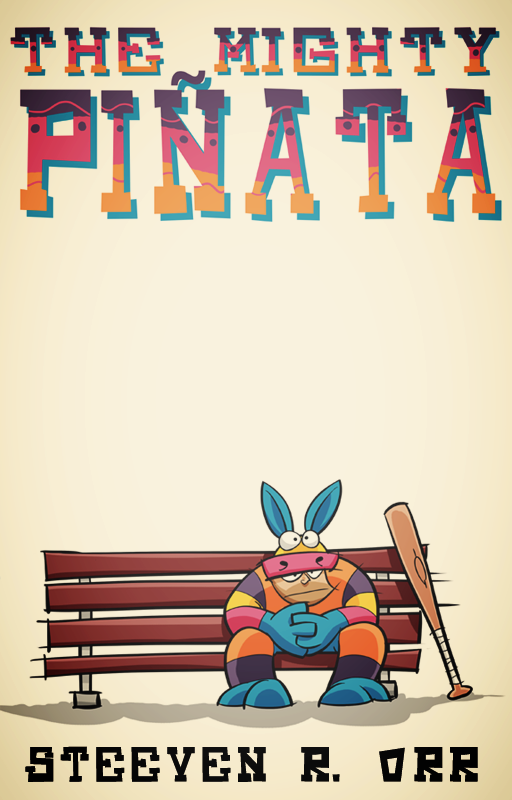